Feral Cats: How Can You Help? 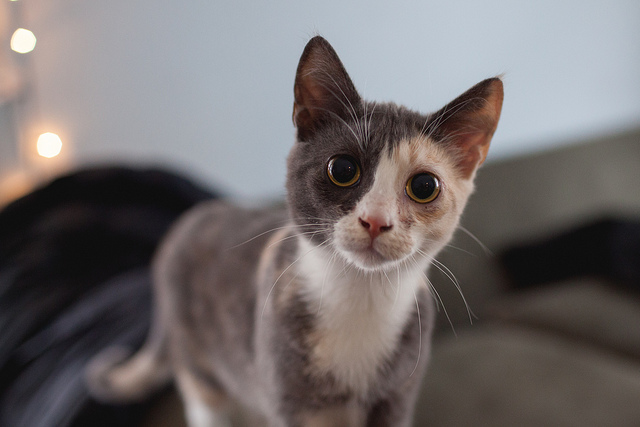 Here kitty, kitty! There are hundreds of feral cats roaming the streets in the U.S. Learn how you can help!

During football season, there is a sports bar that my friends and I like to frequent to watch the games. A few months ago, someone in our group noticed a kitten that was living in the dumpster of a neighboring restaurant. The animal was originally very skittish but started warming up once my friend began leaving food. Now the cat allows people to pet her occasionally. And we are also now brainstorming ways to “capture” Fireball and get her spayed.

While everyone is very excited at all of the progress Fireball has made, it makes me sad to think about all of the other feral cats out there that need to be rescued. Feral felines are defined as wild cats that haven’t had any or much interaction with humans. Most of these are wild or abandoned pets that aren’t fixed. Ferals often live in groups, called colonies, and tend to live wherever there is a good food supply.

National Geographic estimates that there are about 70 million feral cats living in just the United States alone. If you should spot one of these critters in your community, here is what you should do:

We’re still working on Fireball. So hopefully, she’ll be in her forever home soon!

The post Feral Cats: How Can You Help? appeared first on Pet Assure Blog.